For Sale - One Bedroom Executive Flat - Lagos (NGN37m)
✅ NEW - car park, swimming pool, 24 hours light/security and more.
Ad
Nobel laureate, Wole Soyinka, has sent out a strong words to President Muhammadu Buhari by lashing out for his seeming inability to rein in the violent activities of herdsmen across the country.

In his address to the National Conference on Culture and Tourism, Wednesday, Mr. Soyinka said the President Muhammadu Buhari-led government was yet to come up with an articulate solution to tackle the menace.

“I have yet to hear this government articulate a firm policy of non-tolerance for the serial massacres that have become the nation’s identification stamp,” said Mr. Soyinka. 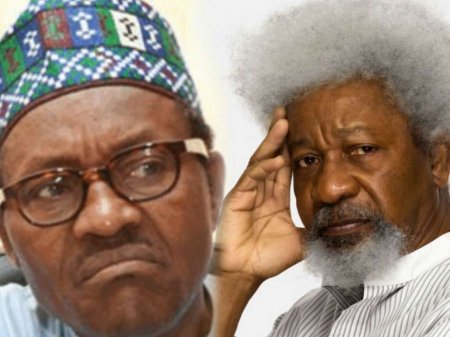 “I have not heard an order given that any cattle herders caught with sophisticated firearms be instantly disarmed, arrested, placed on trial, and his cattle confiscated. The nation is treated to an eighteen-month optimistic plan which, to make matters worse, smacks of abject appeasement and encouragement of violence on innocents.

“When I read a short while ago, the Presidential assurance to this nation that the current homicidal escalation between the cattle prowlers and farming communities would soon be over, I felt mortified,” Mr. Soyinka said.

“He had the solution, he said. Cattle ranches were being set up, and in another 18 months, rustlings, destruction of livelihood and killings from herdsmen would be ‘a thing of the past’. 18 months, he assured the nation. I believe his Minister of Agriculture echoed that later, but with a less dispiriting time schema.