The Super Falcons qualified for the World Cup tournament after defeating South Africa 2-1 in their semifinal game at the African Women's Championship.

Nigeria will tomorrow face Cameroon in the finals, hoping to reclaim the title that they have won more than any other team on the continent.

Danagogo charged the Super Falcons to remain focused and continue with their winning mentality into the final.

“The girls have done the country proud and I commend them first for picking one of the tickets for the 2015 FIFA Women’s World Cup and then for reaching the final of the African championship. I urge them to remain focused for the final match so as to reclaim the title they lost two years ago,”the minister said.

He added that “I’ll be joining the team in Namibia to take Mr. President’s word of encouragement and support to them. Mr. President has assured that he is waiting to receive and reward them when they win the trophy like he has always done for our athletes who bring honour to our country.” 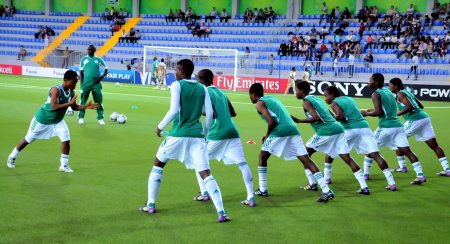