Politics States Should Decide What to Pay as Minimum Wages – Oyegun

The National Chairman of All Progressives Congress (APC), Chief John Odigie-Oyegun, said states should be allowed to fix their minimum wage according to their financial capabilities. 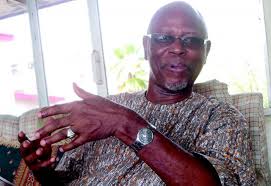 Oyegun said this while fielding questions from newsmen in Abuja yesterday.

According to him, it was a matter for the the federal executive arm but the economic reality warrant the states consider the demand in line with their ability to pay.

“Perhaps to even demonstrate that this is not a central but a federal matter that states should be allowed to make their decisions based on their ability to pay.

“The cost of living is not the same in every part of the country,” he said.
PLACE YOUR ADVERT HERE
Connect with Politics News Readers!