For Sale - One Bedroom Executive Flat - Lagos (NGN37m)
✅ NEW - car park, swimming pool, 24 hours light/security and more.
Ad
The Pension Reform Act 2014 has created new offences and provided for stiffer penalties that will serve as deterrence against mismanagement or diversion of pension funds’ assets under any guise.

This is in realisation of the fact that there are currently more sophisticated mode of diversion of pension assets, such as diversion and/or non-disclosure of interests and commissions accruable to pension fund assets, NationalMirror says.

According to National Pensions Commission ,PenCom, the upward review of the penalties and sanctions under the Pension Act, the commission became necessary as the sanctions provided under the repealed Pension Reform Act 2004 were no longer sufficient deterrents against infractions of the law.

Consequently, section 99(2) of the new Pension Act provides that any person or body who attempts to commit any offence specified in this Act commits of an offence and liable on conviction, to the same punishment as is prescribed for the full offence in the Act, the commission explained.

“Any Pension Fund Administrator, PFA, or Pension Fund Custodian, PFC, that reimburses or pays for a staff, officer, or director directly or indirectly a fine imposed under this Act commits an offence and is liable to a fine of not less than N5m and also forfeits the amount repaid or reimbursed to the staff, officer or director.

“Besides, any PFA or PFC or person or body who misappropriates or diverts pension funds commits an offence and is liable to a fine of an amount equal to three times the amount so misappropriated or diverted or to a term of not less than 10 years imprisonment or to both fine and imprisonment”.

In addition to the penalty prescribed for diversion of pension funds, the PFA or PFC, person or body so convicted, PenCom added, shall refund the amount so misappropriated or diverted, whenever any person is convicted of an offence under this Act. 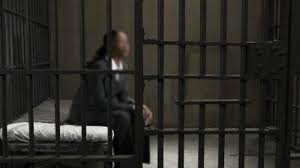