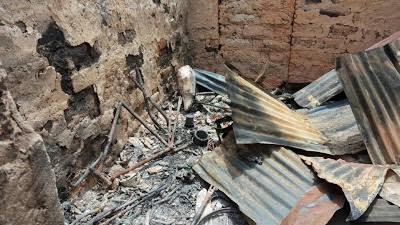 A reliable source told Daily Post that the students had to run for their lives, with many of them spending the night in the bush. Others have not been seen by their parents.

The source explained that the suspected herdsmen renewed their usual attack at Basagori village near Kanikon area on Thursday in the evening shooting sporadically, killing and setting houses on fire.

The source said that on Friday, the attackers moved to another village called Mile one, where they continued killing and setting houses ablaze.

He noted that an unspecified number of people have been killed, while others sustained various degree of injuries.

“The entire area Southern Kaduna is leaving under fear as no one knows where the herdsmen would carry out their deadly attack next. Though the youths are trying to defend but they cannot withstand the sophisticated weapons of the herdsmen.

“The security personnel drafted to the scene usually spend few hours on the road, giving the attackers opportunity to operate without hindrance,” he lamented.

He observed that the government had not shown serious commitment in trying to bring an end to the incessant attacks on innocent souls in Southern Kaduna.

Governor El-Rufai had on Saturday, 12th November, 2016 unveiled a peace billboard at Samaru Kataf, Zangon Kataf local government area signifying a peace agreement reached between the Fulanis and 29 ethnic groups in Southern Kaduna.
You must log in or register to reply here.