Business Sub-standard Mr. Biggs Restaurants to be Closed Down

For Sale - One Bedroom Executive Flat - Lagos (NGN37m)
✅ NEW - car park, swimming pool, 24 hours light/security and more.
Ad
The United African Company, UAC will start closing down Mr. Biggs’ outlets nationwide if the premises are found to be poorly maintained and the services do not comply with laid down standards, the Punch reports.

The Acting Marketing Manager, UAC restaurants, Eustesia Ogunsusi, said this while reacting to questions about the poor outlook and service in some Mr. Biggs outlets in Lagos. She described the trend as being a common feature of most big franchises, saying there were plans to shut outlets that were not properly run.

“Although we had gone full franchise since 2012 and the connection UAC has with Mr. Biggs is in the ownership of the brand name, we have a strong relationship with the operators of the restaurants and we regularly monitor their progress.

"We have a compliant team who visit them and we organise regular trainings for them, all in an effort to ensure that they are relevant in the environment and they meet the standards specified by UAC. We are working on a lot of improvements for the outlets.

"From the end of this month, a new set of menus will be launched and the outlets will start wearing a new look. A lot of outlets will be shut down if we find that they are not complying with the quality and standard of service stipulated by the UAC." she told newsmen in Lagos. 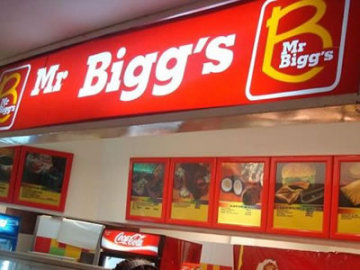