FREE Nigerian Business Directory
✅ NEW - get your business listed and your information shared across social media.
Ad
About eight persons reportedly killed and 14 others sustained injuries on Friday night in a suicide bomb attack in Dikwa local government area of Borno. 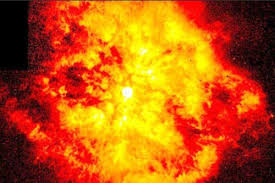 Rawa Modu, chairman of the council, confirmed the incident to newsmen in Maiduguri on Saturday.

Modu, who visited some of the victims, said that the suicide bombers infiltrated into the camp and detonated explosives.

“Two female suicide bombers attacked the 24 Housing estate at about 9: 30 p.m on Friday,” he said.

“Seven persons died on the spot and one other died in the hospital, while 14 other persons were receiving treatment at the Specialist Hospital, Maiduguri.”

Modu said that the council had distributed metal detectors to members of the civilian joint Task force (CJTF) to enhance security at the camp.

The police and military authorities were yet to comment on the incident.
Last edited by a moderator: Jul 29, 2017