Amodu was last week drafted in by the NFF to coach Nigeria for the remaining two 2015 Nations Cup qualifiers, after Stephen Keshi was discarded by the football federation.

However, Fatusi said that Amodu shouldn't have agreed to come and take the poisoned chalice from the NFF.

The former coach of BCC Lions, is now back on his fifth stint managing the Super Eagles.

"Amodu is an experienced coach and can help us qualify for the tournament. But he shouldn’t have accepted the job,” he told the Punch.

“The NFF made it clear that they would employ a foreign coach. If I were Amodu I would reject the offer. Our coaches deserve respect.

“The NFF should have appointed a foreign coach to take over from Keshi. It’s wrong to have Amodu in charge of the remaining two qualifiers and appoint a foreign coach later.

“Having the foreign coach in charge would give us an opportunity to assess him. We can’t afford to hire the services of a mediocre foreign coach this time around. We must go for the best if we believe a foreign coach will help us.” 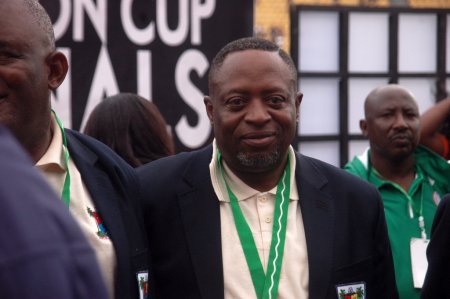