FREE Nigerian Business Directory
✅ NEW - get your business listed and your information shared across social media.
Ad
The Supreme Court on Monday disclosed reasons why it dismissed the appeal filled by the All Progressive Congress (APC) and its governorship candidate in Taraba, Aisha Alhassan.

The apex court said the appeal made by APC and Alhassan in its judgement on Feb.11 had no locus standi to challenge the nomination of Gov. Darius Ishiaku by his party.

Justice Bode Rhodes-Vivour, who read details of the judgement, said the appeals and cross-appeals had no redeemable substance.

The court held that the governor was duly sponsored by the Peoples Democratic Party (PDP) to contest in the election, adding that evidence brought before it had confirmed Ishiaku’s membership of the party.

“The matter is very simple, the apex court has ruled on matters of this nature at different occasions." 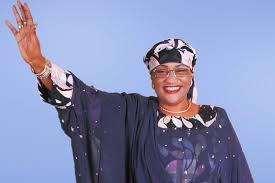 “It is therefore, clear that the appeals and all the cross-appeals against the election of Gov. Darius Ishiaku of Taraba have no redeemable substance,” Rhodes-Vivour held.