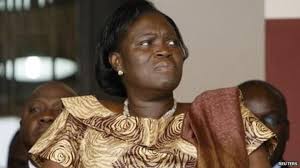 Ivory Coast’s supreme court has rejected former first lady Simone Gbagbo’s appeal against a 20-year sentence over her role in the violence that followed the 2010 elections that her husband Laurent Gbagbo lost, her lawyer, Rodrigue Dadje said.

Simone Gbagbo, currently being held in Abidjan, was sentenced in March 2015 to 20 years imprisonment after being convicted of “attacking state authority” over her role in the post-election violence, which left more than 3,000 people dead.

She was tried with 78 co-defendants for their part in the crisis caused by the refusal of former president Laurent Gbagbo to recognise Alassane Ouattara’s victory in the November 2010 presidential election.

The former first lady is also due to go on trial on May 31 in Abidjan on charges of crimes against humanity related to the wave of post-election violence.

Laurent Gbagbo is currently on trial at the International Criminal Court in the Hague for war crimes also linked to the unrest that followed his refusal to step down.

Ivory Coast, the world’s top cocoa producer, has struggled to return to normalcy after years of civil war, which effectively divided the country between the mainly Christian south and the largely Muslim north.

Ouattara finally took power in 2011 with help from former colonial ruler France and the arrest of the Gbagbos.