Nigerian Ebola victims may soon have respite as the country is s considering applying for a dose of the experimental Ebola therapy, ZMapp drug, given to two Americans to treat a Nigerian doctor who contracted the virus; Bloomberg reported.

While addressing reporters on the female doctor who treated a Liberian victim of Ebola before he was diagnosed, Jide Idris, Lagos state commissioner for health, said, "We will exploit the possibility of getting some. There are protocols involved".

ZMapp drug is an experimental drug which had only been tested on infected animals before it was given to Kent Brantly and Nancy Writebol, U.S. health workers who were infected with the virus in Liberia. 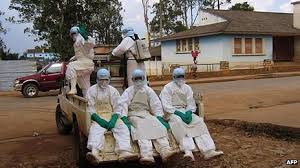 Nigeria Approves the Use of Experimental Ebola Drug