For Sale - One Bedroom Executive Flat - Lagos (NGN37m)
✅ NEW - car park, swimming pool, 24 hours light/security and more.
Ad
According to Citizen.co.za, prophet TB Joshua has sent a team to South Africa to send money, anointed water and maize meal to families of those people who were killed in the collapsed Synagogue guesthouse event.

“They met with my family at home, offering condolences, and gave them R5000. I told them: ‘Whatever you are offering, it can never compare with the life of my sister.'" Thanduxolo Doro, who lost his sister Vathiswa Madikiza in the tragic event said.

It would be recalled that the guesthouse collapsed on September 12, 2014 and claimed the lives of 116 people, 84 of which are South Africans.

“In fact this is the second round of visits …We are assisting the families with whatever they need, school fees, rent, groceries and toiletries,” he said.

“The families are so grateful for the help …we take the message from the man of God that they must pray with him for the loss of their loved ones. We give them the anointed water to strengthen them.”

He also noted that the church would continue to support the affected families. 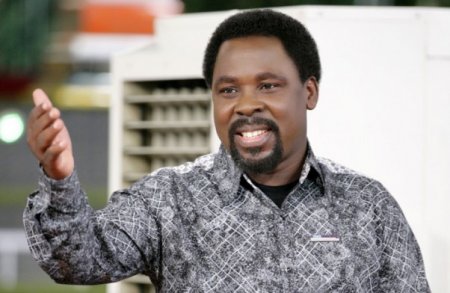