For Sale - One Bedroom Executive Flat - Lagos (NGN37m)
✅ NEW - car park, swimming pool, 24 hours light/security and more.
Ad
The Synagogue Church of All Nations, SCOAN, has disowned Mr. Ken Emeakayi's statement which was given on TV yesterday in defense of the collapsed building. Yesterday, Mr. Ken alleged that the Lagos state government had given the church permission to build a 12-storey building.

Reacting yesterday, on its official Facebook page, T.B. Joshua Ministries, the church said even though Emeakayi is a member of SCOAN and an Emmanuel TV partner, he went to the media to air his personal views and not those of the church.

The statement on the page reads: “Our attention has been drawn to several articles circulating around the internet quoting Mr. Ken Emeakayi as an official representative of T.B. Joshua, The SCOAN and Emmanuel TV. The Vanguard Newspaper even called him ‘T.B. Joshua’s aide’ which is a misrepresentation.

“While Mr Ken is a member of The SCOAN and an Emmanuel TV partner, he went to the media on his own personal level to air his views concerning the incident and not to officially represent the church. Any official statement from The SCOAN will be published on our website and our official Facebook Page.” 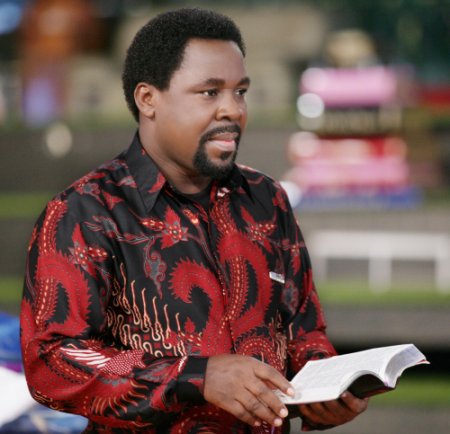