At least 12 people were killed on Sunday in a double bomb blast near the Shiite shrine of Sayyida Zeinab, south of the Syrian capital Damascus, a monitor said.

Dozens more were wounded in the blasts, one of which was caused by a car bomb, the Britain-based Syrian Observatory for Human Rights monitor said.

The monitor had initially reported eight deaths in the blasts.

It said the cause of the second blast was not immediately clear.

State television carried a breaking news alert reporting “two terrorist blasts, one of them a car bomb, followed by a suicide bomber… in the area of Sayyida Zeinab.” 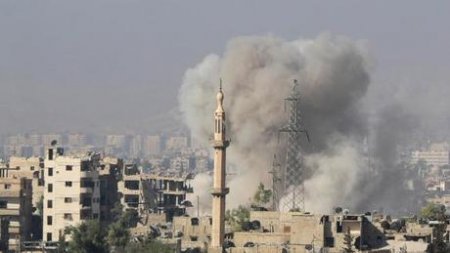 It said there was “information about deaths and injuries,” but gave no further details.

The Sayyida Zeinab mosque contains the grave of a granddaughter of the Prophet Mohammed and is particularly revered as a pilgrimage site by Shiite Muslims.

It has been targeted before, including in February 2015, when two suicide attacks killed four people and wounded 13 at a checkpoint near the shrine.