Curators
FREE Nigerian Business Directory
✅ NEW - get your business listed and your information shared across social media.
Ad
An obese, 20-stone Islamic State executioner dubbed 'The Bulldozer' has been reportedly captured by the Syrian army. 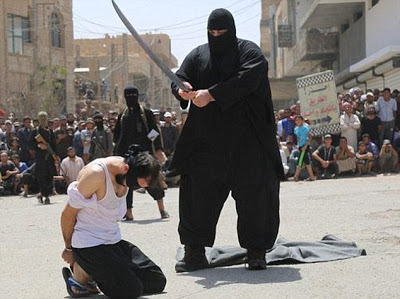 The jihadist known for his bestiality, was seen lying half-naked in the back of a truck with his hands tied behind his back.

Crowds gathered round to take pictures of the over-sized extremist, who appeared to be grimacing, before he was driven off by Syrian Armed Forces in the footage posted online by Syrian. 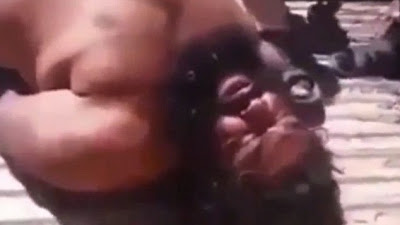 The militant has gained a bloody reputation as one of ISIS's most feared butchers after beheading dozens of prisoners and amputating young children.

He has infamously been pictured in black robes and a mask while wielding a three-foot sword to behead his victims.