Curators
FREE Nigerian Business Directory
✅ NEW - get your business listed and your information shared across social media.
Ad
At least 16 people have been killed and dozens of others kidnapped after Taliban terrorists pulled passengers off buses in northern Afghanistan, the latest assault since the insurgents named a new leader last week. 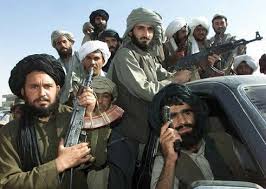 The Taliban have so far not commented on the incident in Aliabad district in the volatile province of Kunduz, where the insurgents briefly overran the provincial capital in a stunning military victory last year.

Up to 200 passengers were travelling in four buses towards Kabul on Tuesday morning when they were stopped by the Taliban gunmen, with some killed on the side of the road at point-blank range, officials said.

“The Taliban shot dead 16 passengers and they are still holding more than 30 others,” said Sayed Mahmood Danish, spokesman for the governor of Kunduz.

Police commander Shir Aziz Kamawal gave a death toll of 17. The identities of the passengers have not been confirmed.

“They (Taliban) have released some passengers but are holding many others. None of the passengers were wearing military uniform but some may have been former police,” he said.

The Taliban last Wednesday announced Haibatullah Akhundzada as their new leader, elevating a low-profile religious figure in a swift power transition after officially confirming the death of Mullah Mansour in a US drone strike.