Daily Trust gathered that several residential and commercial buildings were set ablaze while a curfew has been imposed by the state government.

The crisis started when one Ibrahim Uba a civil defense corps official was killed by unknown gun men leading to retaliatory attack on people in the area by hoodlums. 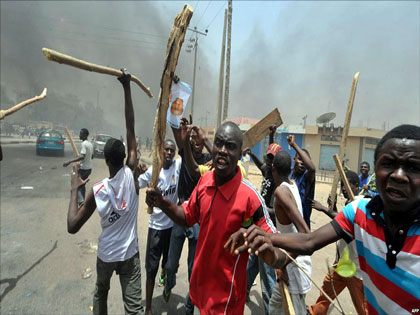 The spokesman of Taraba police command DSP Joseph Kwaji confirmed the incident. He said police and the Army have been deployed to the area to restore peace to the town.

Both Ibbi and Wukari towns located few kilometers apart had recorded more than 10 crises in which hundreds of persons were killed in the last few years.