For Sale - One Bedroom Executive Flat - Lagos (NGN37m)
✅ NEW - car park, swimming pool, 24 hours light/security and more.
Ad
A Taraba High Court in Jalingo on Tuesday refused to grant the prayers of ailing Governor Danbaba Suntai, asking for an interim injunction restraining the medical panel set up by the state assembly from investigating his health status.

Justice Silas Haruna, who ruled on an application filed by Suntai, explained that the relief being sought for an order of interim injunction to restrain the parliament from determining his medical status, was refused because the panel was not joined in the proceeding.

He further stressed that, "this court lacks the jurisdiction to make an order against a body which had not been joined as proper or necessary party”.

The court, however, restrained the defendants or their agents from taking any action in any manner in relation to the office of the Executive Governor occupied by the plaintiff pending the determination of the motion fixed for September 26.

The court ordered the defendants to file their counter affidavits and written addresses on the motion for interlocutory injunction and originating summons within six days from the date of service of the motion.

It, however, refused the applicants’ prayers for an order of substituted service.

"When no personal service has been attempted, and failed, the court cannot give an order for substituted service,'' Justice Haruna said.

"The plaintiff is ordered to effect personal service on the defendants who are all resident in jurisdiction in Jalingo.”

The Speaker of the assembly, Mr Josiah Kente, had announced the setting up of a five-man medical panel, based on the provisions of the 1999 Constitution, to determine the health status of Governor Suntai who was involved in a plane crash on October 25, 2012. 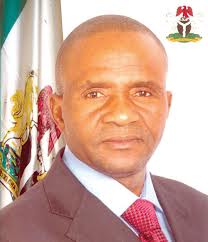