Curators
Qasem Soleimani, a top military commander in Iran, was on Friday killed in an airstrike at the Baghdad International Airport.

The Pentagon said the attack was carried out on the order of President Donald Trump to deter “future Iranian attack plans”.

It added that Soleimani was killed because he “was actively developing plans to attack American diplomats and service members in Iraq and throughout the region”.

The airstrike comes days after an Iran-backed militia and its supporters breached the US embassy in Baghdad. 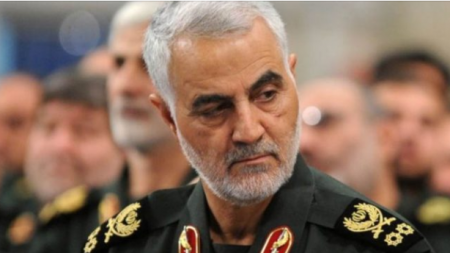 E
World Iranian general to be buried on Tuesday - The Cable

E
World The families of U.S. soldiers in the Middle East will spend their days waiting for death of their children' - Daughter of slain Iranian general vows -