Curators
FREE Nigerian Business Directory
✅ NEW - get your business listed and your information shared across social media.
Ad
Islamic militants in the Philippines have beheaded a Canadian hostage, raising fears for more than 20 other foreigners held captive on remote islands, with troops and police vowing Tuesday to hunt down the extremists. 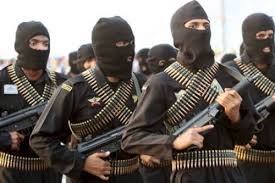 The man’s head was found Monday dumped outside city hall on Jolo, a mountainous and jungle-clad island in the far south of the Philippines that is a stronghold of the Abu Sayyaf Islamist group.

Canadian Prime Minister Justin Trudeau and Filipino authorities identified the victim as John Ridsdel, a retiree in his late 60s who was kidnapped seven months ago from aboard a yacht, along with another Canadian man, a Norwegian and a Filipina woman.

“This was an act of cold-blooded murder and responsibility rests with the terrorist group who took him hostage,” Trudeau said in Ottawa.

The four were abducted at a marina near the major city of Davao, more than 500 kilometres (300 miles) from Jolo, as part of a wave of abductions by the Abu Sayyaf — a loose network of militants who for more than two decades have run a lucrative kidnapping-for-ransom business.

The other three were fellow Canadian Robert Hall, Hall’s girlfriend Marites Flor and Norwegian resort manager Kjartan Sekkingstad. Six weeks after the abduction, gunmen released a video of their hostages held in a jungle setting, demanding the equivalent of $21 million each for the safe release of the three foreigners.

The men were forced to beg for their lives on camera, and similar videos posted over several months showed the hostages looking increasingly frail. In the most recent video, Ridsdel said his captors would kill him on April 25 if a ransom of $6.4 million was not paid.

Hours after the deadline passed, police in the Philippines said two people on a motorbike dropped the head near city hall on Jolo, which is about 1,000 kilometres (600 miles) from Manila.

Ridsdel, a former journalist, oil executive and sailing enthusiast, had moved to the Philippines to manage a gold mine before retiring.