World The families of U.S. soldiers in the Middle East will spend their days waiting for death of their children' - Daughter of slain Iranian general vows -

Curators
Zeinab Soleimani, the daughter of slain Iranian general Qassem Soleimani who was killed in a United States airstrike ordered by President Donald Trump last week has threatened an attack on the U.S. military in the Middle East.

Zeinab sent out the threat while speaking to a crowd of hundreds of thousands in Tehran. 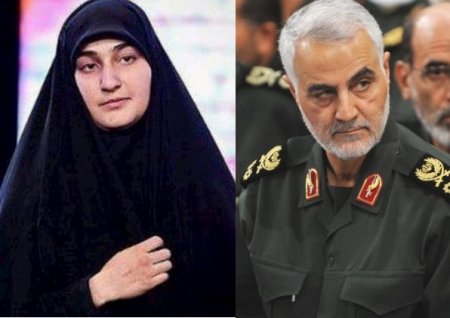