World The Indian Workers Punished with an Axe

Slavery may have been abolished years ago but India workers are yet to regain their freedom. Many are forced to work against their will and the price of refusal could be as high as a hand chopped off with an axe.

According to BBC, "India's economy is the 10th largest in the world, but millions of the country's workers are thought to be held in conditions little better than slavery. One man's story - which some may find disturbing - illustrates the extreme violence that some labourers are subjected to.

Dialu Nial's life changed forever when he was held down by his neck in a forest and one of his kidnappers raised an axe to strike.He was asked if he wanted to lose his life, a leg or a hand.

Six days earlier, Nial had been among 12 young men being taken against their will to make bricks on the outskirts of one of India's biggest cities, Hyderabad". 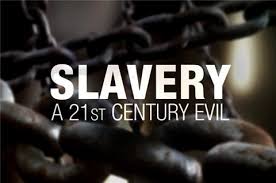 E
Business Discover why Online Gamblers is the site you need

Money Every Fourth US Citizen Has Received Bad Credit Loans–Should You Do the Same Thing?