When I say "illegal," I certainly do not mean from the government’s point of view. The American federal government has been extremely generous in allowing religious organizations almost free hands in their money raising endeavors, even to the point of giving them many kinds of tax advantages. By illegal, I mean that God never authorized Christian leaders to take a tithe from God’s people. One will not find the modern church tithe authorized in the Old Covenant, nor in the New Covenant. Certainly, church historians are in agreement, when they say that tithing was not practiced by the early believers.

The tithe is a subject that is very dear to most church leaders. Those denominations that can get their members to actually bring in a full 10% of gross income can create very powerful forces far beyond their strength in numbers. The leading "tithing" sects according to an article in Christian Ministry, are interestingly what Evangelicals would term "cults." The Jehovah’s Witnesses, Mormons, and the World Wide Church of God are the leading givers. The fourth is the Assemblies of God. Recently, the World Wide Church of God abandoned the tithe as un-Scriptural. Donations dropped 30 per cent in the first year. (While the article in Christian Ministry lists the Jehovah's Witneses among leading tithing denominations, I've since been informed by that organization that Jehovah's Witnesses do not practice tithing.)

According to Newsweek, most church members give far less than 10%, most giving under 2 per cent. Not surprising is the fact that the poor give a far greater portion of their income than the rich. USA Today (Oct. 25, 1990) tells us that families earning less than $10,000 give 5.5 per cent of their income to charity (not necessarily to church). Families earning between $50,000 and $60,000 give only 1.7% of their earnings. 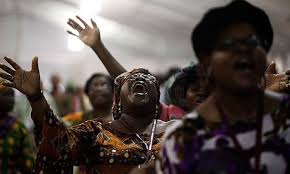