Metro [TheCable] Dasuki Got Jonathan’s Approvals to Collect $2.1bn From NNPC in 9 months

Dasuki is currently being investigated by the federal government over the billions of dollars released for the procurement of arms for counter-terrorism operations under Jonathan. 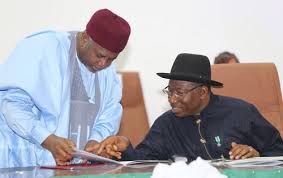 All these were outside the statutory budgetary allocations to security during the same period, in addition to another $1 billion loan secured by the Jonathan administration to fight Boko Haram. President Muhammadu Buhari recently ordered the arrest of Dasuki for awarding “fictitious contracts” in excess of N300 billion while he was NSA.