For Sale - One Bedroom Executive Flat - Lagos (NGN37m)
✅ NEW - car park, swimming pool, 24 hours light/security and more.
Ad
Akwa Ibom State Governor, Chief Godswill Akpabio, yesterday refuted the claim by the former governor of the state, Chief Victor Attah, that the latter (Attah) was responsible for the creation of the state in September 23, 1987. 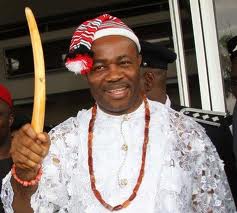