A former Governor of Lagos State and National Leader of the All Progressives Congress (APC), Bola Tinubu has advocated the removal of petrol subsidy as a way to address the perennial fuel scarcity in the country, ChannelsTv reports.

Mr Tinubu made the pronouncement in Kaduna State as a Guest Speaker at the 10th year memorial anniversary seminar for late Dr Bala Usman on Friday. 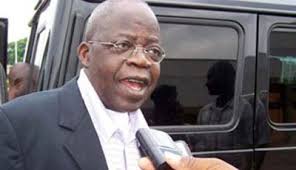 He argued that the sustenance subsidy on petroleum products had favoured only the privileged few while the majority of other Nigerians wallow in hunger and poverty, hence the time has come for its removal.

The National Leader of the APC explained that monies saved from subsidy removal could be used to revive the nation’s refineries, reactivate the rail transport system and provide other basic infrastructure for the citizens.

Meanwhile, The Nigerian government had said that contrary to speculations, it isnot interested in the removal of subsidy on petroleum products, but rather a price modulation that will reduce its involvement in pricing starting 2016.

I think we need to be reasonable here. Well for me i protested against Jonathan removal of subsidy because his administration was corrupt, reckless in spending and not accountable. But i think ill support buhari removal of subsidy cause so far he has showed that he will not allow unnecessary spending in his administration and all fund will be accounted for. Nigeria cannot achieve growth with payments of subsidy to the cabals. When it doesn't reflect on our daily living. Nigerians be wise and lets do the right thin at the right time, inother not to elongate our suffering. Buhari will manage our subsidy well.