Sports Title: A Brief History of the Super Eagles 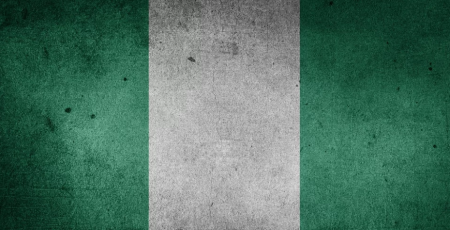 Nigeria’s national team, the Super Eagles, are a relatively new addition to the world of football, but their story is one of hope, dedication, and sheer passion for the sport of football. In this article, we’ll be looking at the story of the creation of the Nigeria Football Federation (NFF), and the team that would eventually go on to become the Super Eagles.

The Early Years
Football was brought over to Nigeria by the British, during its time as a British protectorate in 1901. Records for the formation of the Nigeria Football Federation are difficult to find, but a surviving Daily Times article from 1933 seems to suggest that the inaugural meeting of the Nigeria Football Association happened in August of that year.

With the founding of the NFF in 1945, steps were taken to turn the War Memorial Challenge into a more cohesive footballing event that would allow teams from across Nigeria to enter and compete. The new competition was inaugurated as the Governor’s Cup, and although it was open to teams outside of the capital, it perhaps isn’t surprising that it was won by former War Memorial Challenge winners, Lagos Marine.

The Tour of England
With a nationwide football tournament now in place, the NFF took steps towards creating the first Nigerian national team. Drawing on players from across Nigeria, although the team was mostly helmed by players from the major Lagos teams, the UK Tourists, as they were initially called, set sail for Liverpool in 1949

Despite not having any football boots, the UK Tourists won two and drew two of their nine matches. Midfielder Teslim Balogun put on such a fantastic showing during the tour that he was signed by Petersborough United before the return trip to Nigeria, becoming the first Nigerian player to play football in the UK.

On the way back to Nigeria, the team stopped in Sierra Leone to defeat their national team and changed their name to the Red Devils, to reflect the color of their football shirts.

Football After Independence
Having gained its independence in 1960, Nigeria joined the Confederation of African Football (CAF) and Fédération Internationale de Football Association (FIFA).

The national team, still called the Red Devils at this point, played their first competitive international game in 1960. They were put up against Egypt in the qualifiers for the Olympic Games, but were forced to wear green as the Egyptian team traditionally wore red. Because of this color change, the team would rename themselves the Green Eagles, which would eventually become the Super Eagles.
While they might not have made it to the Olympics, the Super Eagles would find success in the Africa Cup of Nations, eventually becoming the most decorated team in Africa Cup of Nations history.
They would also go on to reach the World Cup in 1994 and have featured in every World Cup since, with the exception of 2006.

The Future of Nigerian Football
Nigerian football players have now spread around the globe, playing top-level football and helping some of the best clubs in the world challenge for football’s more prestigious titles.
Names like Everton's Alexander Chuka Iwobi and Inter Milan's Victor Moses have become core parts of those teams, while Onyinye Wilfred Ndidi and Kelechi Iheanacho have become key players in Leicester City's bid to displace Liverpool and Man City, and become potential winners of the English Premier League

With their impressive record in the Africa Cup of Nations, repeated appearances in the World Cup, and large talent pool of players who play for some of football’s best international teams, the future of football in Nigeria, and the future of the Super Eagles, seems very bright indeed