Entertainment Tiwa Savage: Is Her Marriage in Danger?

For Sale - One Bedroom Executive Flat - Lagos (NGN37m)
✅ NEW - car park, swimming pool, 24 hours light/security and more.
Ad
Barely 5 months into the wedding of beautiful singer and MAVIN princess, Tiwa Savage which was held in Dubai on May 10, 2014, tongues are already wagging as to certain messages and incidents that have struck fans as weird and disturbing; with some already spotting cracks in the singer's marriage to Tee Billz.

It began with an image and caption on Tiwa's Instagram account, which read: "“Which means you Mr. Billz cannot return me to my parents or exchange me.” The words were a caption to an image, which saw her holding up a little sign with the words: 'All sales are final - No exchanges - No returns.'

While it was hard to tell if there was more to this, Tiwa Savage made a 'funny face' as she held up the sign.

The second isolated incident, which got fans slightly worried was the fact that her husband did not accompany her to the Africa Unplugged event that was recently held in London.

The third incident, which pulled down the scales of worry in the hearts of fans was a certain individual who claimed to be the singer's manager at Dammy Krane's recent album launch for 'The Enterkraner' as unconfirmed reports of the singer allegedly sacking her manager (husband) emerged.

Is there more to these or should fans just brush them aside as mere incidents. 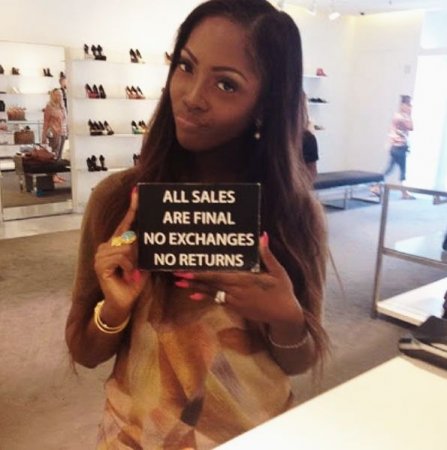 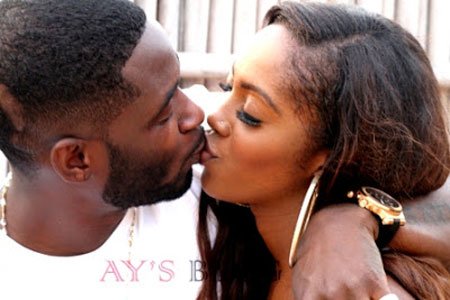 Tiwa Savage in a yellow dress 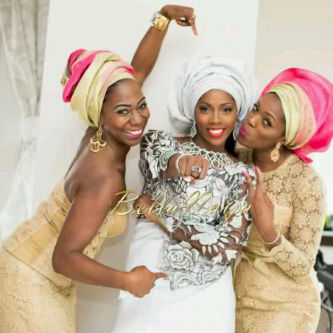 The first one is inadmissible as reason for worry. I might agree to the possibility of a tiff (connected to the Instagram photo), but that would be all. In fact, I'm not even sure on the tiff.

The only thing that I consider curious is her allegedly 'sacking' him as her manager (allegedly being the word here.)

Don't we just love to gorge our eyes on the lives of our demigods.

This means absolutely nothing. They are now pretty savvy at getting in the news

@Vunderkind The tiff would be a hard one to build on given how that scenario played out. The demigods? Sure we do - Many wouldn't openly admit this but that's just the way it is. It's hard to tell why Tee Billz would ever cease (allegedly of course) being her manager. That job is not a joke and it's best he keeps it that way especially considering how sensitive it is. I know there are professionals who could take up the job if offered but then we must ask, will this distort the couple's matrimonial equilibrium or strengthen it? Hmmmmm... Sigh @TheLeftWing Sure they are but with marriages, it's one hell of a ride. The case of Princess (comedian) caught me completely off guard.
A

Just another publicity stunt to get higher sales....

Jules said:
Just another publicity stunt to get higher sales....
Click to expand...

That's quite insightful @Jules but does this mean that besides thrilling us with her sexy physique and sweet voice, Tiwa Savage and her Tee Billz often chat about driving us mad with guesses while they giggle and play about it over glasses of spirits? Hmmmm

I don't think Tiwa and her husband have a hand in it...not directly. Maybe a blogger looking for traffic, or something, goes on a Sherlock-Holmes rampage, picking up clues and mad hints where there aren't any and serve it up to the ever Tragedy-Thirsty public.

I don't think Tiwa and her husband have a hand in it...not directly. Maybe a blogger looking for traffic, or something, goes on a Sherlock-Holmes rampage, picking up clues and mad hints where there aren't any and serve it up to the ever Tragedy-Thirsty public.
Click to expand...

@Vunderkind You sure? I have a strong feeling that with Tiwa and Tee Billz, it's not impossible but I'll give them benefit of the doubt. Bloggers play that ugly role quite well and once it begins, it's hard to reel them back in - Like Vampires invited in for dinner at 2am. Karen Igho can attest to this side of the blogosphere. On the contrary, I seriously think that there are certain Nigerian celebrities that throw publicity agendas into the open and you and I know what happens when blogs and sites catch this. 9ice refused to exonerate Ruggedman when the latter was repeatedly accused of shagging the former's wife. Hmmmmm