For Sale - One Bedroom Executive Flat - Lagos (NGN37m)
✅ NEW - car park, swimming pool, 24 hours light/security and more.
Ad
Tiwa Savage, Nigeria's celebrated singer and brand ambassador has had the wounds of her matrimonial woes reopened barely 24 hours after fans and friends assumed it was safe enough to say that all is well with her marriage as fresh facts have emerged as to how her husband, Tee Billz had allegedly been ripping her off, collecting professional fees and signing deals without (her permission) informing her.

Shortly after their Public Display of Affection (PDA) on Twitter, the wheels of marital disequilibrium have begun to spin yet again and this time, it has nothing to do with infidelity or domestic abuse given fresh facts that have just emerged.

According to a source close the parties involved, Tee Billz has not been completely honest with Tiwa Savage's money. Tiwa Savage, we gathered, had always left details of financial negotiations and deals with her husband as she trusted him to genuinely have her interest at heart but our source noted that the reverse proved to be the case with Tee Billz allegedly biting deeper than necessary into Tiwa Savage's earnings.

We gathered that one of such incidents was when HipTV boss, Ayo Animashaun offered to pay Tiwa Savage N2m for a live coverage of her wedding in Dubai to which Tiwa Savage agreed. After a while, Animashaun paid N1.5m to Tee Billz who acknowledged payment but did not inform Tiwa savage about the payment (or remit the money to her) for so long that Tiwa Savage unknowingly confronted Animashaun and accused him of playing smart on her by not paying a dime out of the money he had offered to pay. As expected, Animashaun was enraged by the accusation and told Tiwa savage that he had paid N1.5 to her husband. Typically, Tiwa was thoroughly embarrassed and this opened the door to several other deals that Tee Billz had struck on her behalf without remitting the money into her account or even informing her about exact financial details.
For a woman who had trusted her husband to the point of giving him her credit card, this was a case that had thoroughly gone out of hand, which explains why she fired him as her manager and hired Meka Millions as her new manager; who now accompanies her to all her official/business outings.
How this will pan out remains to be seen - At the time of writing this, Tee Billz had not responded to these ugly accusations. 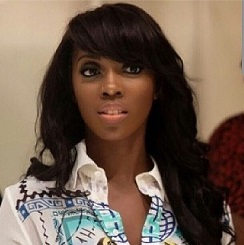 This is a very awkward one for Princess Tiwa. The glass of trust has been shattered and I'm shocked that Tee Billz could go greedy at such a time - Shows he had an agenda since day one... Hmmmmmm... he was sowing seeds shey? And now he feels it's time to harvest from Tiwa's account. That's disgraceful in every possible way. What kind of man robs his wife except he can react to this convincingly.

Entertainment Tiwa Savage : I am not the Queen of Afro-beat – Vanguard News