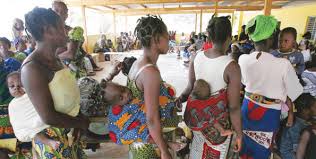 The Lagos State Team Leader of the initiative, Dr. Omasanjuwa Edun, said in Lagos that family planning would also make them know the implications of sexual intercourse at their age.

He described teenage pregnancy as an important public health problem that called for concern as the National Population Commission reported that more than 60 million teenage pregnancies were recorded in the country in 2015.

He said there was the need for teenagers to know how to guard against unwanted circumstances such as unwanted pregnancy to secure their future.

“Contrary to what most people think, family planning is not only meant for married but in the real sense of it, it is for every sexually active person not ready to bear children at that particular point in time.

“More and more children from the age of 12, or even below, engage in sexual intercourse contrary to what we used to know in the past.

“So, we have to start educating them on time to have the knowledge of family planning so that when they find themselves in such situations they will be able to prevent unwanted pregnancies.

“In the advent of unwanted pregnancy for a teenage child, the education of such child is truncated; the destiny of such child so to speak, is put on hold,’’ he said.

Edun said that there were specific family planning methods for individuals regardless of their age.

“In a situation where a teenager goes for family planning services, he or she is properly counselled on the method most suitable for him or her.

“For example, the use of male or female condom is most suitable for teenagers, who might be scared of the side effects of contraceptives.

“To the best of my knowledge, there has not been any hormonal contraceptive harmful for teenagers, except for the usual side effects, where you might experience alterations in the menstruation cycle and so on, as seen in adults too.

“So, there isn’t any complication likened to age but at the same time, you have to follow the stated guide lines to know the method most appropriate based on individuals and their history,’’ he said.

Edun said there were six family planning-friendly centres in Lagos State where teenagers could access services.