All four people on board were killed. The driver of the snow plough was drunk, according to Russian investigators.

Mr de Margerie, 63, had been chief executive of Europe's third largest oil company since 2007. He was highly regarded within the oil industry. 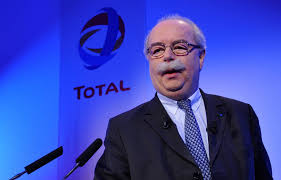