For Sale - One Bedroom Executive Flat - Lagos (NGN37m)
✅ NEW - car park, swimming pool, 24 hours light/security and more.
Ad
In Hong Kong, a herd of cattle refused to leave the road and chose to stay by the side of their companion getting hit by a car.

It occurred on Sunday morning and has touched many persons including police officers at the scene. 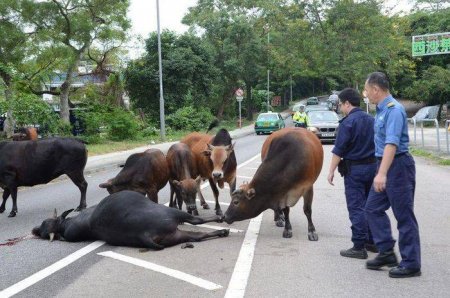 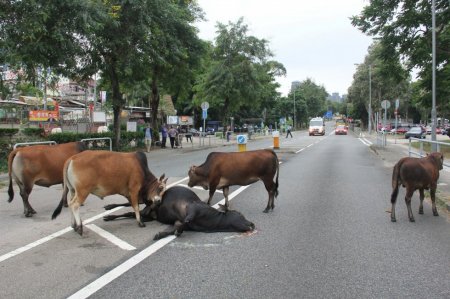 According to South China Post, the black bull fell on its side after getting hit by a four-wheel drive vehicle on Sai Sha road, spillig blood.

It fellow cattle were seen surrounding the fallen bull, with some encouraging and touching feelins by rubbing its face with their heads.

It was only until the police arrived that the cattle were dispersed. But unfortunately, officers from the Society for the Prevention of Cruelty to Animals failed to bring the black bull back to life. It was then removed from the road, according to the SCMP.