FREE Nigerian Business Directory
✅ NEW - get your business listed and your information shared across social media.
Ad
A teenager has been crushed to death by a trailer on Sapele road, Oredo Local Government Area of Edo State.

‎It was gathered that the late boy was a beverage seller, who sold assorted drinks and snacks along with his brother on the busy road.

An eyewitness said the victim was on the verge of collecting payment after attending to a commuter, before he was knocked down by the vehicle at Adesuwa junction on Tuesday. 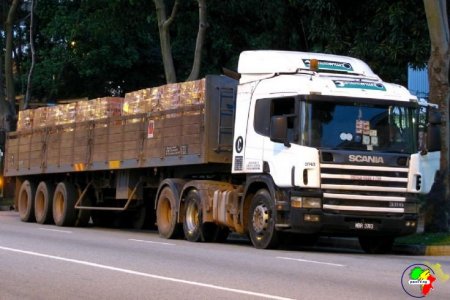 He was said to have writhed in pain but died before he could get any assistance.

“As the boy sold the drink to the passenger, he had to run to collect his money. As he was running, the trailer hit him and he fell down, before the back tyre crushed his head.

It was learnt that the death of the boy irked other hawkers, who reportedly seized the truck and were about to attack the driver before he was arrested by policemen from the Ugbor Police Division.

The pandemonium that followed grounded traffic for several hours before the arrival of officials of the Federal Road Safety Corps and the police.

It was, however, learnt that his remains was later removed from the scene and deposited in a mortuary.