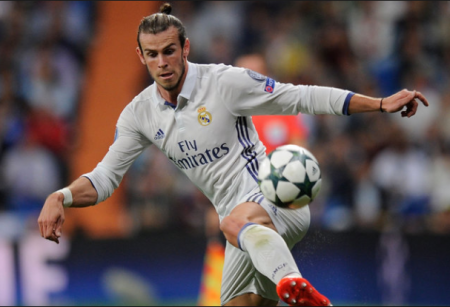 Other transfer news below:

- Despite Liverpool boss Jurgen Klopp saying Coutinho will not be sold, Barcelona are increasingly confident of finalising a deal this week - potentially for £90m. (Sun)

- Barcelona could also use some of the funds from Neymar's sale to target PSG and Germany attacking midfielder Julian Draxler, 23, whose agent has been spotted in Barcelona. (Bild - in German)

- Liverpool manager Klopp is prepared to give up his pursuit of Southampton and Netherlands defender Virgil van Dijk, 26, and put his trust in his current centre-backs. (Mirror)

- Manchester United and Chelsea are prepared to meet the £36 million buy-out clause in the contract of Barcelona midfielder Sergi Roberto. (Don Balon)

- Real Madrid president Florentino Perez is willing to negotiate with Man Utd over a transfer for Gareth Bale if the Red Devils include David De Gea in any talks. (Don Balon)

- Southampton would rather sell Virgil van Dijk to Chelsea than Liverpool. (The Sun)

- Inter Milan are closing in on a deal for Borussia Dortmund midfielder Emre Mor. (Sky Sports)

- Roma have made a third bid for Leicester City attacker Riyad Mahrez, improving their offer to €35m. (Sky Sports)

- Arsenal manager Arsene Wenger says more players will be leaving the Gunners before the end of the transfer window, because the squad is too big. (Telegraph)

- Chile forward Alexis Sanchez, 28, is ready to accept Arsenal's refusal to sell him and will see out the final year of his contract before leaving on a free transfer next year. (Mirror)

- Barcelona have agreed a contract with 20-year-old Borussia Dortmund and France forward Ousmane Dembele but now have to agree a fee with the German club, whose asking price will be close to 100m euros (£90.2m). (L'Equipe - in French)

- Barcelona are also in advanced talks to sign Brazil and former Tottenham midfielder Paulinho, 29, from Chinese side Guangzhou Evergrande. (Sport - in Spanish)

- Chelsea are ready to challenge Manchester United for the signature of Real Madrid and Wales forward Gareth Bale, 28, who will cost about £90m. (Express)

- Chelsea, Manchester United and Monaco are all interested in a move for 25-year-old Barcelona full-back Sergi Roberto, who could be available for 40m euros (£36.1m). (Don Balon - in Spanish)

- Manchester City midfielder David Silva, 31, has started negotiating a move to Spanish side Las Palmas in his native Gran Canaria, but only for when his contract at Etihad Stadium expires in 2019. (Elgoldigital, via AS)

- Premier League debutants Brighton are closing in on a £3.5m deal for PSV Eindhoven and Netherlands midfielder Davy Propper, 25. (Mail)

- Leicester City have rejected a third bid - this time of about 35m euros (£31.6m) - from Roma for Algeria winger Riyad Mahrez, 26. (Sky Sport Italia, via Talksport)

- Crystal Palace and Everton are interested in a permanent deal for 20-year-old Newcastle keeper Freddie Woodman, who is expected to go out on loan this season. (Chronicle)

- Gabon striker Pierre-Emerick Aubameyang, 28, says he held talks with the Borussia Dortmund board about leaving this summer but is now happy to stay at the Bundesliga side. (Welt - in German)

i think we need him now