City are prepared to pay £160m for the France international, as Pep Guardiola continues to overhaul his squad.

However, the scorer of 15 goals in 29 Ligue 1 games in 2016-17 will turn down a move to the Premier League in favour of joining Spanish and European champions Real Madrid. 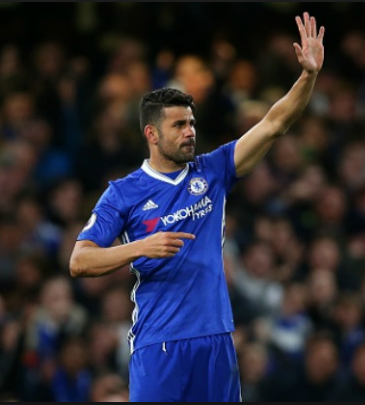 - Barcelona have sent officials to England to try to sign Philippe Coutinho despite Liverpool rejecting a £72m bid from the Spanish giants for the 25-year-old forward. (Sport, via Daily Express)

- Liverpool insist Coutinho is not for sale at any price, but Barca are prepared to bid £80m. (Daily Star)

- Bayern Munich midfielder Renato Sanches has revealed he wants to leave, with AC Milan and Manchester United interested in the £43m-rated 19-year-old. (Independent)

- Antonio Conte is set to continue his summer spending at Chelsea and is targeting Everton midfielder Tom Davies. (The Sun)

- Liverpool are expected to sign Virgil van Dijk by the end of the transfer window. (Sky Sports)

- Arsenal are finally close to agreeing a £45 million deal with Monaco to sign winger Thomas Lemar. (The Sun)

- Real Madrid have reached an agreement with Monaco regarding a €180 million deal for teenage sensation Kylian Mbappe. (Marca)

- Arsenal face the prospect of taking a sizeable loss on Spanish striker Lucas Perez after Deportivo La Coruna made a £9m bid for the 28-year-old. (Evening Standard)

- Gunners midfielder Jack Wilshere wants to stay close to London if he leaves this summer, with West Ham the 25-year-old's preferred destination. (Independent)

- Stoke will be busy in the transfer market over the next few weeks but are not expected to move for Arsenal's 23-year-old winger Alex Oxlade-Chamberlain. (Stoke Sentinel)

- Barcelona forward Neymar spent more than £14,000 on trainers in one shopping trip... after saying meeting Michael Jordan was "one of the happiest moments" of his life. (Daily Mail)