Curators
For Sale - One Bedroom Executive Flat - Lagos (NGN37m)
✅ NEW - car park, swimming pool, 24 hours light/security and more.
Ad
According to L'Equipe, Paul Pogba has told his family and closest friends that he intends to leave Juventus in order to return to Manchester United, snubbing Real Madrid in the process. Will such move materialize?

Here are other top stories for the day. 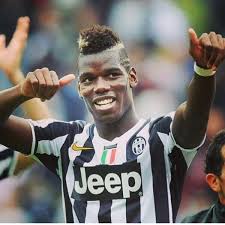 - AZ expect Tottenham Hotspur to pay €22 million for 22-year-old Netherlands striker Vincent Janssen, with the player himself preferring a move to Spurs rather than West Ham or PSG. (De Telegraaf)

- Manchester City is ready to offer 60 millions of euros to Juventus for Leonardo Bonucci. Bianconeri don't want to sell Italy defender but Citizens offer him a 5-year contract with 8m per year wage. (Corriere dello Sport)

- Man City are ready to capitalise on any Paul Pogba move to Real Madrid by swooping for German midfielder Toni Kroos, who would fall behind the Frenchman in the Santiago Bernabeu pecking order. (le10sport.com)

- Barcelona have their eye on Ajax striker Arkadiusz Milik after being impressed with his performances for Poland at Euro 2016, though Napoli are also keen. (Gazzetta dello Sport)

- Arsenal have held talks over a move for Lyon striker Alexandre Lacazette, though they are reluctant to pay the France international's £42 million asking price. (Daily Mail)

- Manchester United have opened negotiations to bring France and Juventus midfielder Paul Pogba back to the club, in a transfer worth £100m. (Sky Sports)

- The 23-year-old's agent, Mino Raiola, will meet with Juventus after Euro 2016 to discuss the player's switch to Old Trafford. (Guardian)

- Arsenal manager Arsene Wenger is preparing to sign 22-year-old Germany forward Julian Draxler, with Wolfsburg holding out for £43m. (ESPN via the Sun)

- Liverpool manager Jurgen Klopp is looking to trim his squad, with up to eight players heading out - including midfielder Joe Allen, 26, despite his impressive Euro 2016 performances for Wales. (Daily Mirror)

- Six clubs are after Allen, including his former team Swansea City, Southampton and Spanish side Sevilla. (Daily Telegraph)

- Crystal Palace have had a bid for 27-year-old Palermo playmaker Franco Vazquez rejected, and face competition from West Bromwich Albion and Sevilla for his signature. (Italian reports via Croydon Advertiser)

- Belgium midfielder Radja Nainggolan has turned down a £30m switch to Chelsea, the 28-year-old opting to stay at Roma. (Daily Express)

- Arsenal have moved ahead of Chelsea in the race to sign Real Madrid striker Alvaro Morata, with the Spain international keen to play Champions League football. (Daily Mirror)