According to the statements, such step is masterminded by conservative governors and their cohorts in the National Assembly to truncate the economic stability of the nation.

Lawmakers had voted to remove the National Minimum Wage Law from the exclusive list to concurrent legislative list in the on-going 1999 constitution amendment. The removal will empower the states of the federation to fix their respective minimum wages for their workers.

"We wish to state in no uncertain terms that the Congress will mobilise its members to resist this move to scrap the national minimum wage. The Congress believes the removal is a deliberate and calculated attempt to move us from the working poor to the slave-poor.

"We also believe it is a conscious ploy by some people to truncate the on-going electioneering process. The Assembly should hearken to the voice of reason and the voice of the people by urgently retracing their steps as the consequences can be dire for the nation,’’ it said.

The statement said that an emergency NLC National Executive Council had been convened for October 27 to mobilise workers for action.

Meanwhile, the TUC’s statement said that the step would create more hardship and pave way for all forms of violent reactions.

"We have monitored with keen interest the ridiculous attempts by some elements within the upper house of the National Assembly to truncate the economic stability of the nation and create more hardship in the land. Clearly they have had their say but they shall not have their way.

"The Nigerian Senate is playing ignorant of the principle and concept of the minimum wage as practised in decent societies all over the world. The timing of the decision, so close to the preparation for general elections in 2015, might actually be an attempt by the unscrupulous characters to provoke a national industrial crisis.

"Unless the Senate wisely reverses its decision pronto, we, as Nigerian workers, shall not hesitate to resort to that option,’’ the statement said. 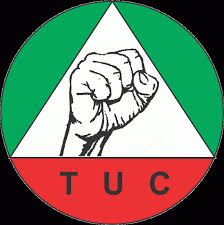