Two Deltans and One Sierra Leonean Detained in Nigeria over Ebola

The DELTA State Government has detained two Deltans and one Sierra Leonean coming to the state from Liberia and Sierra Leone over Ebola Virus Disease (EVD).

Permanent Secretary, state Ministry of Health, Michael Omatsola, said this in Asaba during a Training of Trainers (TOT) workshop on Ebola, organised by the sub-committee for health workers in Delta North.

Omatsola revealed that the State Rapid Response Team (SRRT) got wind of and quickly monitored the trio from Lagos before placing them on surveillance for signs and symptoms of the EVD.

The Technical sub-committee of the Delta State Inter-Ministerial Ebola Preparedness and Response Committee also said it successfully carried out the contact tracing of the persons coming from EVD prone areas in West Africa. 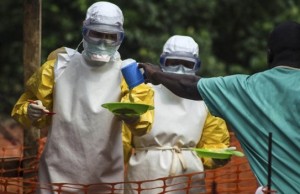