Entertainment TY Bello - “I was sexually abused as a child''

FREE Nigerian Business Directory
✅ NEW - get your business listed and your information shared across social media.
Ad
Celebrity photographer and singer, TY Bello has disclosed that she was sexually assaulted as a child. 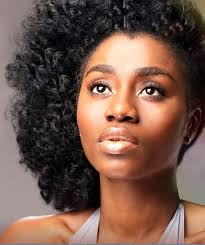 TY Bello, made the disclosure during an appearance on Kemi Adetiba's series, King Women. She said, “I was sexually abused as a child and because of this, I felt like there was something ugly about me that made me encounter this. This was not the abuser’s fault, this was me.

''I used to see other girls as flowers and I saw myself as dirty cement, hard and ugly. I never felt beautiful, I never did. Everything was wrong with me. My brows were puffy and I was hairy and it was a problem. I always attributed everything that was about me to be the reason why someone took advantage of me. I thought there was something wrong with me because if the others girls were like me, perhaps they would be dirty like me but they were flowers, they are pretty and beautiful.

''Nobody does that to a beautiful girl. When a friend told me about salvation, she told me old things would be passed away and all things will become new. It was as if God would wash away that cement, that stench that caused that thing to happen to me as a child. Salvation would take that away and me too I can feel like a girl. When I was growing up, I didn't feel like a girl, I felt like an impostor.

''The girls were innocent so I always had to behave like I was innocent and I would become a girl because I didn’t feel like a girl. So imagine my shocked when I grew up and found out that one out of every three or four girls that were in my school had been through the same thing and I could tell them the same thing… that old thing can pass away. It was a relief to find that I was not the only one and a shock that nobody talks about it. That’s why salvation worked, I had a daddy and I was going to be a flower.”

Curators
Important message. But where do people get help?
A

curator said:
Important message. But where do people get help?
Click to expand...

Recently, there have been increase in campaigns, programmes, seminars focusing on issues that concerns child abuse, educating the girl-child and all of that to help victims of such circumstances. We see more of them on social media these days.
J

My dear, you are beautiful. Its not your fault at all. The boy must be one those people roaming around with a hip of cause on their heads. Its well.

curator said:
Important message. But where do people get help?
Click to expand...

I am not sure we have centers were people can get real help. The injuries inflicted by abuse affects on the three levels of human life. In my opinion, centers with doctors, psychologists and spiritual counselors should be established.

General Health I Was Sexually Abused as a Child for Years—Here’s How I Reclaimed My Power – Health.com