For Sale - One Bedroom Executive Flat - Lagos (NGN37m)
✅ NEW - car park, swimming pool, 24 hours light/security and more.
Ad
The prime minister of the United Arab Emirates has announced the creation of a minister of state for happiness and tolerance, as part of a major government shake-up.

Sheikh Mohammed bin Rashid Al Maktoum, who is also the ruler of Dubai, said the minister would drive policy "to create social good and satisfaction".

"Governments must be flexible. We don't need more ministries, but more ministers capable of dealing with change," he said at the World Government Summit in Dubai on Monday. 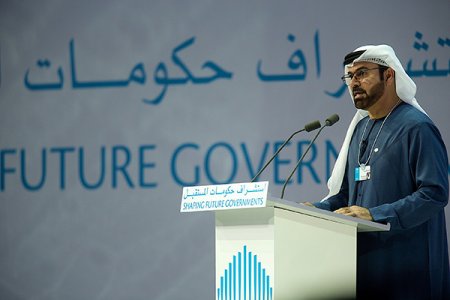 "We want a young and flexible government that will fulfil our youth's aspirations and achieve our people's ambitions."

The minister of state for tolerance would promote the virtue "as a fundamental value in UAE society", Sheikh Mohammed tweeted.

The prime minister also announced the creation of a UAE Youth National Council.

The "elite group of young men and women" would advise the government on youth issues and be led by a female minister of state for youth no older than 22, he said, adding: "The energy of youth will fuel our government in future."