For Sale - One Bedroom Executive Flat - Lagos (NGN37m)
✅ NEW - car park, swimming pool, 24 hours light/security and more.
Ad
United Bank for Africa Plc yesterday reported profit before tax of N40.270 billion for the half year ended June 30, 2016, showing a marginal increase of 3.1 per cent from N39.046 billion recorded in the corresponding period of 2015.

The company's Profit after tax similarly rose from N31.999 billion in 2015 to N32.621 billion, the directors recommended an interim dividend of 20 kobo per share. 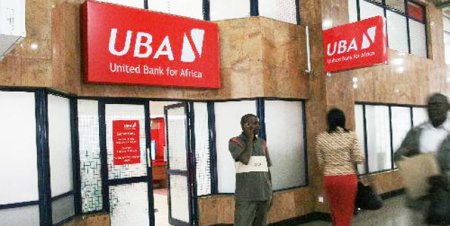 Commenting on the results, the Group Managing Director/CEO, UBA Plc, Mr. Kennedy Uzoka, said; “The results have been achieved amidst waning economic fundamentals. We delivered profit in excess of N40 billion and grew balance sheet by 20 per cent, with our on-balance sheet total assets crossing the N3trillion mark. Even as Naira depreciation and inflationary pressure increased the cost of doing business in Nigeria, we leveraged our economics of scale, enhanced operational efficiency and Group shared service structure to moderate our cost-to-income ratio by 90bps.”