UCH Alarmed Over Rising Cases of Lassa Fever in Ibadan

The University College Hospital (UCH), Ibadan has raised an alarm over the rising cases of Lassa fever in the Oyo State capital and its environs, the Sun reports.

The coordinator of the teaching hospital’s Response Team for Outbreak of Diseases and Emergency, Olusegun Fasina, raised the alarm in an interview with an online media outfit, Witness Nigeria, at the weekend.

He said the management was particularly worried about the development because the ailment belonged to the same family of hemorrhagic fever like the dreaded Ebola disease virus (EVD), which had raised global concern in recent times due to the level of fatality it had caused, especially in some parts of West Africa.

“Within the last two months, we have had about 80 samples suspected of hemorrhagic fever. Out of the 80, we are having close to 27 being positive. That is about 35 to 40 per cent. That is very high,” he said, while calling for urgent action to stem the tide. 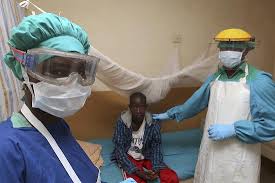