FREE Nigerian Business Directory
✅ NEW - get your business listed and your information shared across social media.
Ad
UEFA president, Michel Platini,on Friday failed in his bid to have his 90-day provisional ban from football activity lifted, the BBC reports. 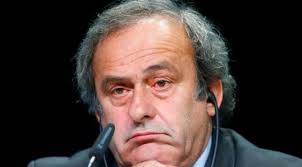 Platini, 60, was suspended with FIFA president Sepp Blatter in October while corruption claims are investigated.

The duo denied any wrongdoing.

They were suspended over allegations that a “disloyal payment” of £1.3m was made to Platini in 2011 for work he carried out for FIFA between 1998 and 2002.
You must log in or register to reply here.

Nov 18, 2015
Babalola Oluwatomiwa
B
B
Sports Mitchel Platini To Know Fate On Friday