President Yoweri Museveni of Uganda shocked residents of Kyeirumba village in Isingiro district after he did the unexpected by sitting relaxed on an expressway and making a phone call while people passed by. 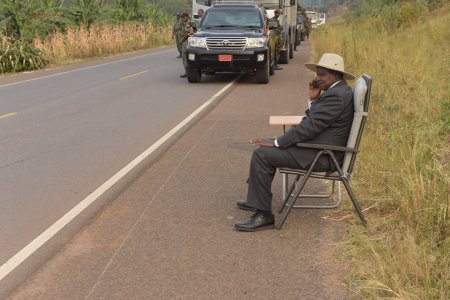 The president made the surprise stop in order to make a roadside phone call shortly after attending the World Population Day commemoration in Isingiro district.

The president is said to have ordered his security detail not to disrupt traffic while he made his call. The president’s call lasted about 30 minutes, after which he talked shortly to the residents. 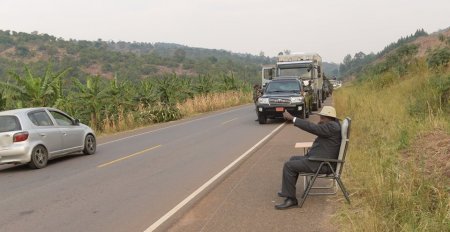 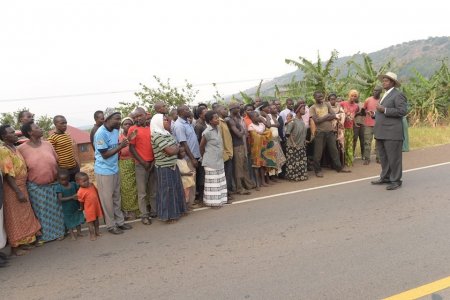