He spoke on the sidelines of a two-day meeting to mark the 10th anniversary of the formation of Journalists Alliance for Prevention-of-Mother-To-Child Transmission of HIV in Nigeria (JAPiN).

Njoku said to that effect, a movie titled, Born Free, for Prevention of Mother to Child Transmission (PMTCT), awareness campaign had been produced.

He said UNICEF would partner journalists in its efforts to carry out the campaign on how HIV-positive mothers can have children free of HIV.

``This film would be disseminated through various platforms to reach a large audience with especial focus on the 12+1 States.

``We will make use of mass transportation companies that move large numbers of people across the country every day including women and girls of child bearing age.

``They are the right socio-economic group we are targeting. Some of the vehicles used are equipped with audio visuals for screening movies.

``In some cases journeys last over twelve hours and throughout the duration of the trip films are shown,’’ he said.

He said the video would also be viewed in restaurants, drinking joints, gardens and barber shops.

Some of the participants at the event who spoke to NAN agreed that the strategy would help the country to achieve elimination of HIV infections in babies.

Mr Joel Duku, a correspondent of The Nation Newspaper in Yobe, said long distant buses could turn out to be one of the best means of disseminating the PMTCT message.

`` Don’t forget that in most of the buses, movies are played repeatedly and the message will sink more,’’ he said.

Miss Ndidi Chukwu of the National Trail Newspaper, said it would be a good idea because of the huge number of travellers across the country.

``Since people travel regularly, the movie will be useful and it is a good strategy that will not cost money”, she said. 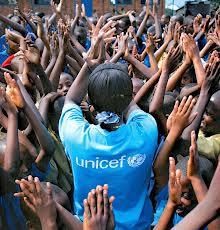