Suicide bombers, Friday, detonated explosives at the students’ hostel of the University of Maiduguri, killing themselves. 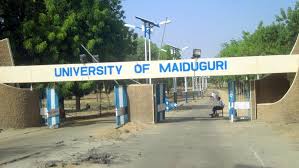 - The students are on vacation

Some actors must have been shooting a movie scene. According to Mai gaskiya, the only true scam, Boko Haram has been defeated.
Show hidden low quality content