The authorities of Nnamdi Azikiwe University Awka, UNIZIK, has disowned the 2014/2015 UTME admission list of the institution uploaded yesterday on the website of The Joint Admissions and Matriculation.

"Unizik has NOT released admission list. Ignore fake list being paraded online. This is handwork of fraudsters," the Director of Information of the University, Mr. Emmanuel Ojukwu wrote on his Facebook page.

However, the board is yet to confirm or deny the statement released by Unizik information director. 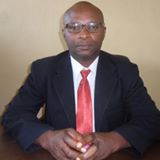