Metro US Blocks Nigeria’s Purchase of Chinook Helicopters from Israel

For Sale - One Bedroom Executive Flat - Lagos (NGN37m)
✅ NEW - car park, swimming pool, 24 hours light/security and more.
Ad
Efforts by the Nigerian military to procure US-made Chinook helicopters from Israel, to facilitate the movement of troops and the injured, have been blocked by the United States Government, THISDAY has learnt.

This, among other issues, including the US’ refusal to provide Nigeria’s security agencies with timely intelligence needed to defeat Boko Haram insurgents who have been riding rough shod in the North-east, would form part of the discussions when President Goodluck Jonathan meets with US President Barack Obama in New York this week.

Jonathan departed for New York on Sunday for the 69th General Assembly of the United Nations. The Chinook is a versatile and reliable American twin-engine, tandem rotor heavy-lift helicopter produced by Boeing. Its primary roles are troops movement, artillery placement and battlefield resupply. 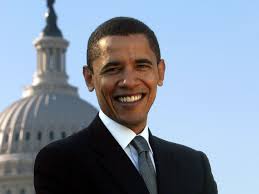