Former US president Barack Obama has warned leaders to think before tweeting, saying that the social media tools such as Facebook, WhatsApp and Twitter are leading to “snap judgments to complex issues”. 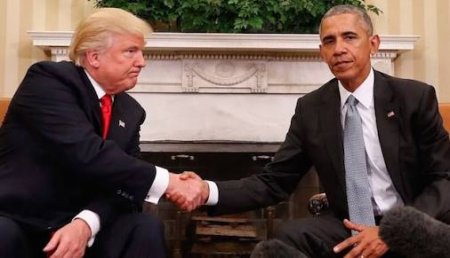 Obama at a New Delhi symposium in India on Friday, was repeatedly asked about his successor, President Donald Trump, who is a frequent user of Twitter. But Obama stuck to a general warning to all high-profile figures to take care.

“I think it’s important to be mindful of both the power of these tools but also its limits,” Obama said when asked about the dangers of Twitter, a platform on which Trump has caused repeat controversies. “What I would say is Twitter, Facebook, WhatsApp, all these various platforms are extraordinarily powerful tools, and those tools can be used for good and they can be used for ill,” he said.
Share:
Facebook Twitter Reddit WhatsApp Email Link
[1084]
Show hidden low quality content