The Rivers state Governor, Rotimi Amaechi has said that Boko haram insurgency in the country will not end until the Federal Government tackled it sincerely.

The Nation reported that speaking on Kaduna-based Liberty Radio weekly programme, “Guest of the Week”. Amaechi said, "It took me just two months to deal with militancy in Port Harcourt (Rivers State capital). If a state could achieve that within that space of time, how much more the Federal Government that has everything it needs at its disposal. At least, if we did not stop militancy, it has reduced. The earlier the Federal Government stopped inciting Muslims against Christians to win elections, the better for Nigeria.

"Killing militants was not the solution to the militancy. So, we began with infrastructure and gave them economic livelihood. That’s because when they know that when they go out, they would earn some money, they would not have time to perpetrate evil of this magnitude". 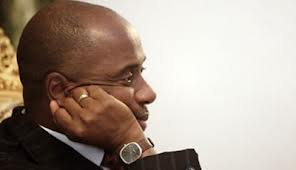